The percentage of overdue B2B invoices in Hungary decreased in 2017. At 29.7%, the payment default rate in the country is far under the regional average.

In 2017, Hungary’s economy is forecast to expand by 3.2%. While the country remains vulnerable to international investor sentiment and currency volatility, the positive outlook may have triggered Hungarian respondents’ increased use of credit terms with both their domestic and foreign B2B customers. 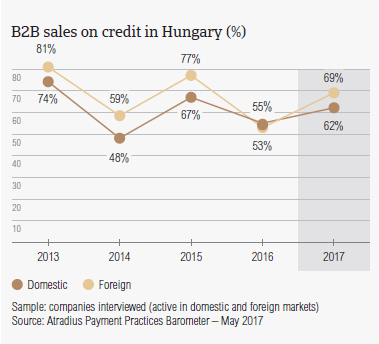 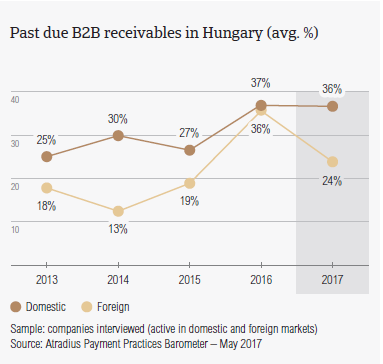 Despite changes in average payment terms and payment delays in 2017, Hungary remains the Eastern European country with the shortest invoice to cash turnaround. 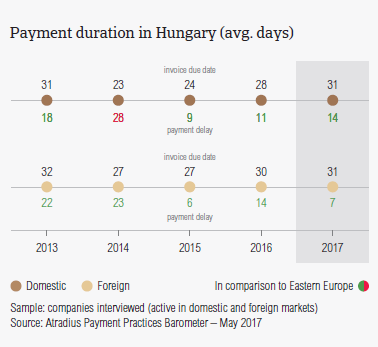 The percentages of Hungarian respondents stating liquidity constraints as the main reason for payment delays (domestic: 75.7%; foreign: 52.8%) are the highest in Eastern Europe and significantly higher than the regional averages (domestic 58.4%; foreign: 33.6%). 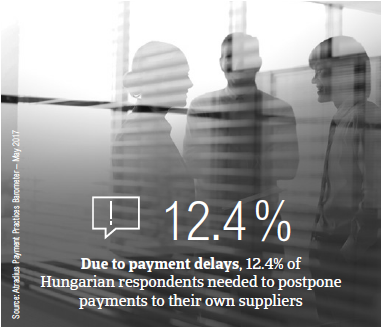 Hungary seems to be one of the Eastern European countries least inclined to increase protection against risks stemming from Brexit, the slowdown in Asia and US protectionism. 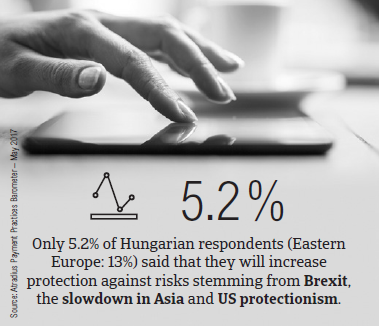 Only 6.0% of Hungarian respondents said that they expect the payment behaviour of their B2B customers to worsen over the coming 12 months. This is significantly under the percentage of respondents who stated this in Eastern Europe (26.0%). 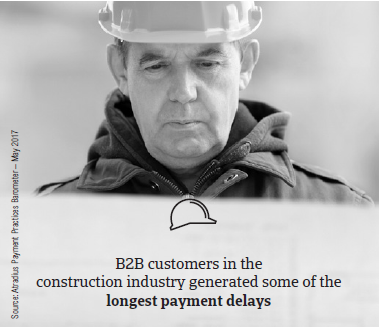 2017 is a major election year in Europe. Election gains of populist parties could undermine support for European cooperation and threaten reforms.