Overdue B2B invoices occurred more often with the domestic customers of our Polish respondents (41.0%) than with their foreign customers (36.6%).

Polish GDP growth has slowed since 2015 due to a fall in investments. In 2017, GDP is forecast to reach 3.3%, up from 2.8% in 2016. While investments are recovering, they continue to be hampered by political uncertainty and increasing insolvencies.

After a modest increase from 28.1% in 2015 to 33.9% in 2016, the percentage of sales on credit terms decreased again this year (28.9%). Among the Eastern European countries surveyed, Poland is one of the least inclined countries to sell on credit terms. 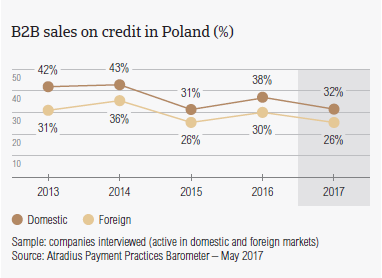 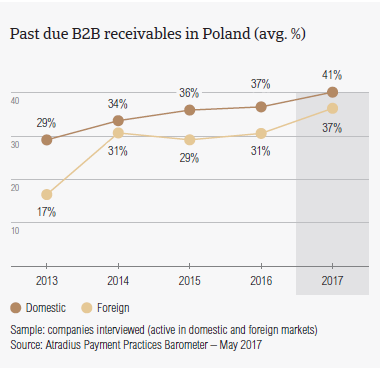 Like most of their peers in Eastern Europe (with the exception of Turkish respondents), in 2017, respondents in Poland granted more relaxed payment terms to both their domestic and foreign B2B customers. 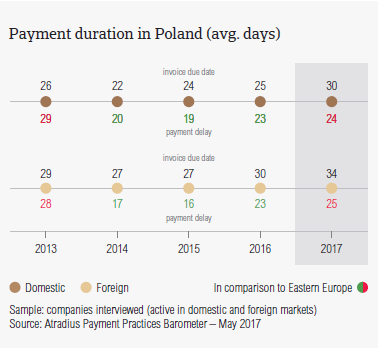 Insufficient availability of funds was the most frequently mentioned reason for payment delays in Poland and in Eastern Europe overall. 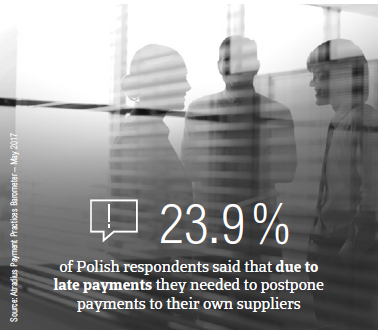 Slightly fewer respondents in Poland (11.5%) than in Eastern Europe overall (13.1%) stated their intention to do more to protect their businesses from the impact of Brexit, the slowdown in Asia and US protectionism. 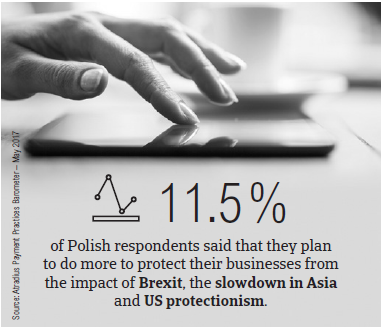 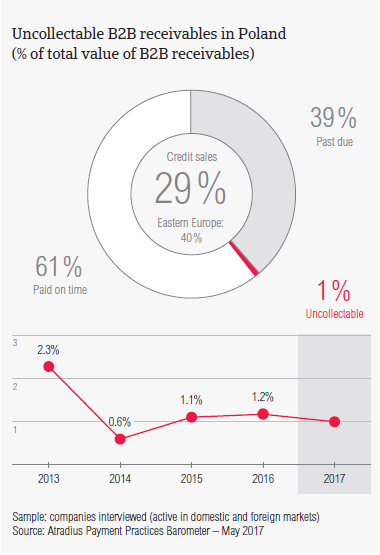 24.0% of respondents in Poland said that they expect an overall deterioration in the payment behaviour of their B2B customers over the coming 12 months. This percentage is slightly lower than that of Eastern Europe overall (26.0%) and the second highest in the region after that of Turkey (50.0%). Given the positive economic outlook for 2017 with household consumption forecast to increase above 3% , robust consumer durables sales growth is expected.

The price of oil has stabilised, largely thanks to OPEC’s shift in policy. The market is expected to rebalance in 2018 driving up prices in the medium term.